Whistler Bound- On my way to Ironman Canada 2013

After a couple weeks of deliberation I’ve decided I’ll be racing Ironman Canada 2013 next August in Whistler, BC.  It was an easy decision, but one I made with many considerations in mind.  I’m excited to be going back to the full distance IM, but it definitely wasn’t a part of the plan a couple of months ago.

On the heels of racing the ITU Long Course Worlds this past July, I’d decided I wanted to go back down to shorter races like the 70.3 and Olympic distance.  When I first got into triathlon I almost immediately went to the half and full Iron distance races.  My first season I tackled Calgary 70.3, and my second season I went for Ironman Canada.  I wouldn’t do anything differently, but I wouldn’t recommend many age grouper athletes go about it the way I did.

There are some huge benefits to spending more time racing short course and middle distance triathlons.  For an athlete obsessed with the time on the clock like me, one of the greatest benefits is the speed that you develop racing in sprints and olympics.  That top end is difficult to develop when you’re focused on building your aerobic engine for an Ironman.  On top of that, in sprint, olympic, and even half Iron distance races, you can race harder and more often, while in Ironman the goal for the vast majority of us is just to finish.  For 2013, I simply figured I could have more fun going away from the long distance triathlons for a season.

That of course all changed with a 12 hour layover in Kona during the Ironman World Championships (which I will get around to blogging about!), and with the announcement that Ironman Canada would now be in Whistler, BC.

The excitement of racing a new course that’s never been done before is more than enough to get a triathgeek excited, but for the race to be hosted in the beautiful mountain resort of Whistler is simply the icing on the cake.  And with a new course, I’ll be taking a new approach to training by focusing on more sport specific training practices and methods.  In other words, I’m looking forward to swimming more like a swimmer, cycling more like a cyclist, and running with more runners.

Standing at the finish line of Ironman Canada this year, and at the finish line of Kona, the call of Ironman was just too loud for me to ignore.  To put it simply, I’m just stoked to be going back to the Ironman distance.  I enjoy the focus and commitment it asks of me, and I’m hungry for the hard earned reward that Ironman offers. (Though on the contrary, Ironman is quite expensive and I’m looking for a bike sponsor… so if anyone knows anyone who is dialled in…).

I think the first time you do an Ironman, you do it for the day of the race, and you do it for the finish line.  Every time after that the reason changes, but after you’ve done your first you realize that its the ride along the way that changes you and impacts you the most.  It’s like doing the Road to Hana for anyone who’s ever been to Maui.   You do it for the drive, not the destination.

Post Script- I’d also like to thank my wonderful wife Shirley for her patience and understanding.  Whose reaction to the news could only be summed up with one meme.  This one is for every triathlete signification other out there. 🙂 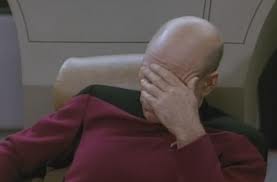