The Best of You

Home//The Best of You
The Best of You
Yesterday the cycling world lost a young and incredibly talented individual when Wouter Weylandt succumbed to the injuries he sustained during a tragic accident in the Giro d’Italia. I caught a brief glimpse of one of the images from the scene when I was watching the recap and its was just one of those moments where your heart sinks, your eyes water, and a lump swells in your throat.
I think that watching today’s footage from today’s stage of mourning at the Giro was even more difficult. In the rare display of respect and solemnity that occurs when a rider is lost in a tour, the stage started quietly and there was no racing as each of the tour’s teams took turns leading the peleton through the stage. In the final kilometres towards the finish the members of the Trek Leopard team were summoned to cross the line at the front with Weylandt’s close friend Tyler Farrar from Garmin-Cervelo. Arm in arm the eight men crossed the finish line, many in tears for the friend and team mate that they had lost.
Today the Trek Leopard team, as well as Farrar, all announced that they would withdraw from the race. Talking to some other cyclists several of them mentioned that they would have hoped to see Farrar, as well as Leopard continue the race and fight for a stage win in tribute to Weylandt. I honestly would have hoped to see that sort of a poetic triumph as well, I think any other athlete would have hope the same. Its because in them we would like to see what we hope that we would do ourselves. We would all love the strength and courage to look grief and loss in the eye and win one for those we’ve lost.
The truth of the matter is that no one knows how they’ll react to the loss of a best friend or team mate. Its only human that facing loss the last thing we may want to do is ride, or run, or work. But once we get past that stage of emotion, what we can do as athletes and individuals to honour the memory of those we’ve lost, is give the people and the activities we love nothing less than our best.
Tragedies like this one serve as a sombre reminder of the value of life. I don’t advocate sayings like “live every day like its your last”, its hopelessly irresponsible, and if we all adhered to that advice there would be credit defaults and unplanned pregnancies galore. But in sport I find a moment in every day to give something the best of me and I think we can all find a nobility in that which honours those whose time has come to pass. 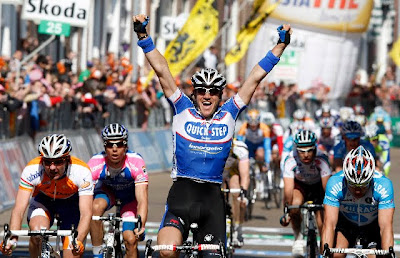