I am beginning to think that just attending the Olympics as a spectator ought to be an Olympic sport in and of itself. There’s so much action to catch and you never really want to miss a moment. Even if you are at one venue catching something spectacular like the awesome Canada-Finland women’s hockey game, there could be something wicked on at the same time like men’s moguls where our Canadian men clinched another gold-silver. Never a dull moment, that’s for sure.

Anyways, Sunday was basically our only “down” day where we didn’t have a whole lot scheduled. But we still spent plenty of time on our feet going between the different Olympic houses and catching events here and there on the television. And we rounded the day off at Canada House with a medal ceremony for the Dufour-Lapointe sisters and Mark McMorris.

Then Monday was the big day. Gil’s race. After taking our time setting off in the morning to start the day off well rested, eventually #teamjunio made our way over to Canada House once again to meet up and get set.

Adorned in Canada wear we left the House about an hour and a half early to cross the ground to the ice dome, a walk which would normally take no longer than ten minutes. It took about 45 minutes. Why? Well because people really like Canadians! Walking across the grounds adorned in Canada gear really has a way of attracting positive attention from Russians and other foreigners who seem to be genuinely stoked about taking pictures with cool, fun, Canadians. Us Canadians being as polite as we are, we’re of course obliged to take photos.

Eventually we got to the speed skating track.

I am not going to talk a whole lot about the race itself, as it’s been pretty well covered on CBC, others sports blogs, etc. Though I will say that sitting in the stands watching athletes like Gil, Jamie, and all the other 38 skaters at the Olympics is pretty cool. I genuinely admire these guys and their ability to remain so focused and so calm when so much of their hard work comes down to these brief defining moments (in the races I do I have about 10 hours to cover up any screw ups).

The athletic professionalism required to compete at the Olympic and elite level is amazing and awe inspiring. At the model ceremony on Sunday night I got to see up close just how young some of these athletes really are. They’re young, barely past being kids, and if you saw them walking down the street you may be challenged to tell them apart from any other young adult. But their dedication and resolve is something to behold.

Anyways, it was a real treat just to be at the event as a spectator. Speed skaters in particular I really like because they make such gritty badass cyclists when their not on the ice. But seeing my buddy Gil down there was pretty effing rad.

Gil ended up top Canadian and finished 10th overall at the Sochi 2014 Winter Olympic Games. I am genuinely proud and honoured to call him a friend and I think that him and his family are rock stars for the support system they’ve created for one another.

Gil announced Tuesday that he wouldn’t be racing in the 1000m, instead stepping aside for his friend and teammate Denny Morrison to race. Until falling in qualifiers in December, Denny was a favourite to race for Canada in the men’s 1000m. It’s a move that shows leadership and class and demonstrates why I think Gil is a great guys help carry Canada forward to Pyongchang 2018. 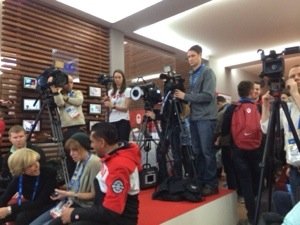 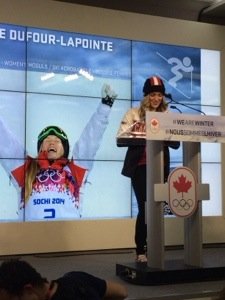 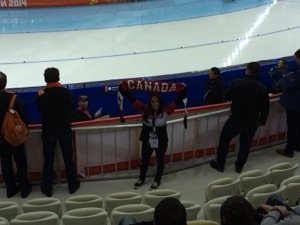 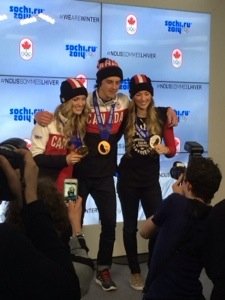 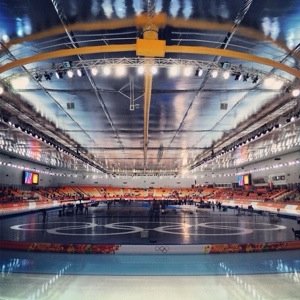 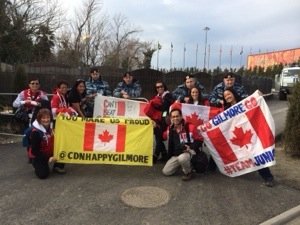 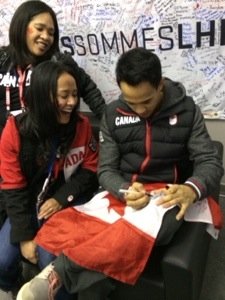