the smallest things can mean so much 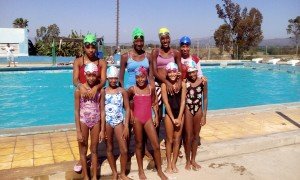 When I talk about being born and raised in a city like Calgary, and compare it to some other parts of the world, I sometimes tell people that its like I won the lottery.  Calgary had a population of about half a million when I was born here in 1983, and the world population was somewhere just under 5 billion people.  Obviously the foresight of my parents had a lot my parents had a lot to do with being born here, but its important to remember that we’re pretty fortunate to live in a place like Canada, in a city like Calgary.

Times are a little tough right now here in Calgary, but even if you can’t spare a couple bucks, if you’re a cyclist, triathlete, swimmer, yogi, runner, or any other sort of athlete here in Calgary, something as simple as giving a disused piece of gear can mean so much for an up and coming athlete in other parts of the world.  Thats why we’re collecting and bringing gear down to Cuba this April.  So if you’re hoping to help out, you can drop off a piece of gear or equipment with our wonderful friends at Tri It Multisport and Junction 9 Yoga and Pilates from now until April 14, 2016.

Among the things we’re really hoping to collect are;

Thank you very much.