Ryder Hesjedal, Doping, and the UCI

It was a dark and stormy day for Ryder… 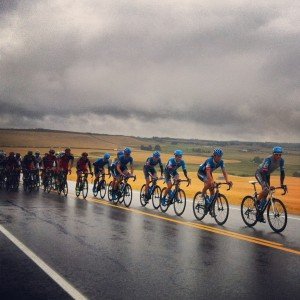 A Dark and Stormy Day for Ryder

Today Canadian Giro d’Italia winner Ryder Hesjedal issued a press release admitting to doping in the early 2000’s.  The press release came after disgraced cyclist Michael Rasmussen released some excerpts from his book in advance of its release.

Rasmussen and his publisher no doubt see the value in releasing these juicy bits of information to sell more copies, and it seems that disgraced cyclists from near and far have now found their cash cow to fund their retirement.

That being said, I honestly have to say that I’m about as surprised to hear that Ryder doped as if you’d told me that the sky is blue.  By now we’ve heard it all, “it was a different culture back then”, and it was.  This is why I think Cycling Canada and team Garmin-Sharp are right on in their push for some sort of an amnesty program.

Garmin-Sharp stated that Hesjedal had testified to the US Anti-Doping Agency and their counterpart, the Canadian Centre for Ethics in Sports (CCES), well before Rasmussen’s story came out.

“As we have said from the beginning, Slipstream Sports was created because we wanted to build a team where cyclists could compete 100% clean.  And, as we have previously stated, our expectation is that anyone in our organization contacted by any anti-doping authority must be open and honest with that authority,” the Slipstream statement read.

“Ryder is no exception and a year ago when he was contacted he cooperated fully and truthfully testified to USADA and CCES.  For this reason and because of our desire for 100 per cent truth and reconciliation in the sport of cycling, we support him.”

Cycling Canada also stated that the allegations “are another example of why the international federation (International Cycling Union – UCI) needs to come to agreement with WADA on a way to deal with such allegations of historic doping”.

“The WADA Code has a statute of limitations of eight years.  As such, even if these three athletes admitted to these allegations, this information in and of itself, would not result in anti-doping rule violations.  We believe that the UCI and WADA should continue to work toward an agreement on an amnesty program that would relate historic cases of doping that are outside the statute of limitations.  This type of amnesty could allow cycling to deal with historic cases while learning the scope of the cheating and the methods that were employed to avoid detection.”

While critics of the sport are often quick to attack cycling and its athletes for its apparent lack of integrity, what many do not seem to recognize is the fact that many in the sport have a genuine desire to move beyond its spotted history.  Sometimes this desire is even in spite of the UCI, the antiquated old boys club that often seems disinclined to acquiesce to the requests of its participants to harmonize rules and regulations around doping.

Through the entire Lance Armstrong saga, the UCI was at the very least complicit in its attitude towards the systematic doping schemes rampant in cycling.  Today it seems that they’re perfectly content to continue dragging their heels on the challenges of the past.  I believe that what they need to do is address the doping issue directly and as consistently as possible rather than continue to try and ignore it.  Either accept the facts that doping was as much a part of the sport as the bike itself and come up with a consistent policy, or find out that riders doped one by one and inconsistently apply retroactive punishments beyond typical statutes of limitations.

Cycling is a great sport, and I love it.  I defended Lance Armstrong naively right up until George Hincapie issued his damning testimony of his time with Lance on USPS.  Some may argue that providing amnesty to dopers with admissions beyond a statute of limitations would be detrimental to the sport, I believe it’s the only thing that can really bring it towards reconciliation with its shady past, and the only way it can totally come clean and pedal forward.

Would love to hear your thoughts in the comments section below!