Any cyclist knows, as per Rule #12 of The Rules, the proper number of bikes to own is n+1, where n is equal to the number of bikes currently owned.  In September I made good on my allegiance to the Velominati and added a cyclocross bike to my quiver with a Giant TCX SLR 2.  And as per usual, the great folks at Ridleys in Calgary were awesome at helping me find a great bike.

This bike does it all, and quite well in fact.  I’ve had the opportunity to race the bike on cyclocross courses, take it out on the highway, put it through its paces on mountain bike trails, and even test it on snow and ice.  The versatility cyclocross bikes offers is one of their big draws for a lot of riders, racers and non racers alike.

The aluminum frame transmits more vibration and feedback to the rider than less race oriented bikes, and really can’t compete with full suspension mountain bikes or the more supple carbon road bikes out there, but I found the bike to be quite comfortable overall.  In fact in terms of how many bumps and cracks in the road you feel on your sit bones to be a lot closer to my Cervelo S5 than I would have thought.  The S5 is a fairly stiff ride and can’t compete with bikes like the Trek Madone or Cervelo RS in terms of comfort, but I was surprised that the aluminum really wasn’t so bad.

One of the big pluses to the Giant TCX SLR 2 in 2014 and 2015 was the switch to disc brakes.  Calgary, where I live, is fairly dry and we don’t really see a whole lot of rain or mud, but I took the bike out on some slushy days and found that the stopping power of the brakes to be uncompromised by the elements.  I’ll talk a bit more about the brakes in the next section.

If you’re looking for a versatile bike that you can commute 15km to work on, or take out on the weekends for a relaxed 40km road ride, or ride after work on some single track or fire road, this bike can do the job.

On the flip side, one should note that there are some pretty significant differences between a cross bike and a road bike.  Most notably, how high you sit on a cross bike.  In order to provide clearance for obstacles you are assumed to be riding over in a cross race, the bottom bracket on the bike is higher than you’d find on a road bike.  This change to the geometry means you’re centre of gravity is much higher, making the rider feel very much “on top” of the bike, rather than “in” or a part of the bike.  Where this difference is most pronounced is on high speed descents, where cross bike geometry can get a little bit sketchy.  Not a deal breaker for the road riding qualities of the bike, but its a distinction worth noting. 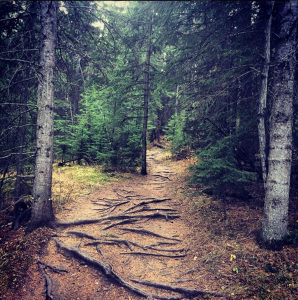 One of the features I was most impressed with on the bike was the Shimano 105 componentry.  My comments here will speak a little more to the quality of the components themselves rather than the bike, but I really think its worth noting.

The bike is equipped with an 11-speed shimano drivetrain.  Shimano deserves huge props here for putting together a great groupset and you can really see the trickle down from their top of the line Dura Ace and Ultegra sets.  For reference, I’ve ridden SRAM Rival to Red, and Shimano Tiagra all the way up to Dura-Ace in the past and I transitioned to Shimano after having spent time riding both brands.  Currently two of my other bikes are equipped with Dura Ace and Ultegra Di2.

This shifting with the 11-speed Shimano 105 is buttery smooth and has performed great in a range of conditions.  Once again, I’ve put the components through their paces here and I’ve yet to have the bike miss a shift with the exception of a couple instances where I bent the derailleur hanger after putting the bike on its side while trying to ride across sheer ice.

The brakes deserve some special mention as well.  The bike is equipped with some solid TRP Spyre mechanical disc brakes.  They’re solid performers and while they don’t provide the crisp gripping power of fluid discs brakes, they get the job done.  One thing I really liked about them was the fact that the brake pads on both sides actually move into the disc when you grip the brakes.  As far as I know, all other current mechanical discs on the market right now actually only have one pad pushing the brake disc until it contacts the other pad.  This subtle difference makes actuating the brakes much easier especially if you’re frequently removing the wheels.

The wheels are really the only place where Giant saved a couple bucks.  While I haven’t weighed them myself, I’ve been told that the OEM Giant S-X2 rims tip the scales at over 2.1 kg.  If you shell out a few bucks for some more lightweight hoops you can actually get the bike into the 19lb territory.

There’s one drawback to the components on the TCX, and depending on how and where you ride, it could be critical.  The crank is a 36/46, meaning that the gear range is much narrower than you’ll find on a road bike (typically 34/50 these days).  For urban riding and cyclocross, obviously this isn’t an issue, but if you’re going to be using this bike as a gravel grinder, or are planning on hanging in with roadies on races, you’ll be limited.  Not only in the top end of the gear range, meaning you can run out of gears and spin out with a tailwind or a descent, but on the bottom end if you’re ascending a long climb.  I experienced this first hand in a 146km gravel/road race, on the open road I couldn’t keep up with roadies I normally ride with, and on gravelly ascents my cadence would fall and even climbing out of the saddle would offer no reprieve as it meant losing traction on the rear end of the bike.

MSRP on the bike is $1650 on the Giant website and for what you get, the bike is well worth it.  If you’ve been riding for a couple of years on a commuter or hybrid and are looking to graduate to something that you can take out on road rides and trails then this is a good bet.  You may want to consider swapping out the tires if you find yourself riding a lot more on the road than trail, but as with almost any cyclocross bike, you’re certainly not prohibited from any sort of terrain if only want one bike to fit several types of riding.

When I was shopping for a bike I compared the Giant TCX SLR 2 to the Trek Crockett 5 disc which is about $400 more on the MSRP and is similarly equipped.  There are a couple of tradeoffs, such as with the Crockett the wheels are definitely superior to the Giant, but in my opinion the TRP Spyre disc brakes on the Giant have an edge over the decent Avid BB5 discs on the Trek.  On price point, it comes down to what you value. If you have a little extra money to burn, the Crockett is a ride that you probably won’t need to upgrade and is race ready right out the door. If you’re on budget and want bang for buck, you won’t go wrong with the Giant TCX SLR 2.

The good and the bad 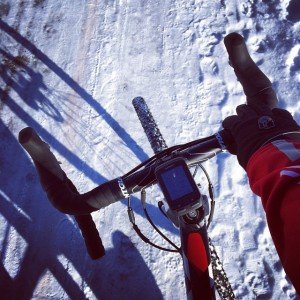 You can’t really go wrong with the Giant TCX SLR 2.  It’s a more than solid bike that is priced well below its comparably spec’d competitors.  If you’ve only got room for one bike in your life, then this can get the job done with only a few mild reservations.  I see myself holding on to this bike for at least a few years as I love its versatility and so far its reliability.