For 30 Ironman Canada meant one thing, Penticton, and now after an extended hiatus in Whistler, the race returns, and with it, a generation of triathletes in 2020. 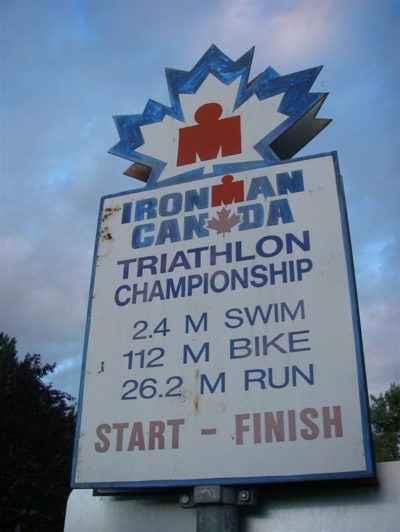 For triathletes, there’s a very short list of names and places that evoke nearly the same kind of history, emotion, and excitement as Kona.

To name a few, there’s Coronado Beach, there’s Roth, there’s Wildflower, and for over thirty years there was Penticton.  And then in 2012, on a Sunday evening in August, the last Ironman triathletes crossed the finish line of the longest continuously running triathlon off of the big island. And to paraphrase JRR Tolkein, “some things that should not have been forgotten were lost. History became legend. Legend became myth.”

Okay maybe that seems a little bit melodramatic, or a lot melodramatic.  But there was a history there.  Penticton was one of the few single loop triathlon courses in the world, its heat and winds in late August rivalled that of the mighty trade winds that athletes face in Kona, and by sheer numbers the longevity of the race made it a piece of triathlon history.  And then it in 2012, by surprise and an unfortunate unfolding of events, Ironman and the Town of Penticton’s contract came to an end and the storied race moved to Whistler.

By any and every metric, Whistler was the perfect venue for a race like Ironman Canada.  A challenging course, no shortage of accommodations, the sense of thoroughbred athleticism with a world class sports community, and who could forget about all those Olympic feels.  I raced Whistler the first year it was there and my heart rate still rises a couple beats when I think about that day.  But it wasn’t quite the same as Penticton.

Fast forward seven years, and on the eve of Ironman Canada 2019 it was announced that the race would once again grace the shores and the pavement of Penticton in 2020.

What choice do I have but to return?

After I raced Penticton I always said that I wouldn’t return to Ironman but in the case of a return to a race like Ironman Lanzarote, aptly nicknamed the Devil’s Ironman, or Ironman UK, widely regarded as one of the most challenging and possible miserable races around.  But Penticton is something special and I still have some unfinished business there (you can read my original race report here). So thats where you’ll find me August 2020.

And with it, its been a return to writing, blogging, and sharing my stories.  Its been a while since I posted anything on here but I’m still the same early adopter numbers geek that I was when I started blogging and racing years ago.