Holiday Gift Ideas for the Athlete in Your Life

Egg Nogg Lattes are back in Starbucks now, so as far as I’m concerned its now that time of year.  I pretty much buy all the coolest gear I can get my hands on, so I’ve decided I should impart some of that knowledge with you folks, so here I’ve put together my first annual Athlete’s Holiday Gift Guide!


Toasterz Reusable Heat Pack ($6.75 available at MEC.ca)- These are very cool… er… warm.  For runners, skiiers, and boarders who spend lots of time outside through the winter this is a reusable chemical (not the dangerous kind) heat pack.  You simply click the disk and it creates some sort of chemical reaction that provides warmth for when the cold starts to get to you. Once its cooled down, just boil it and its ready to go for next time.

The Stick ($20-$40 available at most running shops)– This pretty simple little tool is a must have for anyone who puts serious mileage in but doesn’t want to pay for a massage every few weeks.  It works similar to a foam roller but is smaller and harder.  Great on smaller muscles like your calves, but can definitely tackle larger tissue areas like your IT band.

Gifts for someone you like a bit more (Under $100) 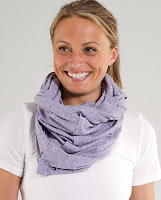 Lululemon Vinyasa Scarf– ($48 at Lululemon)– Gentlemen, if you’re not sure what size pants or shirt to buy you lady friend, or you don’t trust your own judgement in color/design and don’t want to ask the friendly staff at Lululemon for help, then a scarf is the perfect gift.  The Vinyasa scarf is a tres versatile gift that can be worn on the way from the gym, on the way to work, or on a cozy drive out to the chalet in Kimberley.

Lululemon Beach Coast Hoodie ($98 at Lululemon)– This is a safe bet for the guy in your life and is a pretty tried and true gift idea .  Its street enough that if he’s one of those guys who’s still holding out from wearing Lulu based on some misguided principal, he might be willing to convert.  If your guy already wears Lulu stuff, then you can bet he wants one of these.  These always have cool designs and the thick cotton is good to keep you warm on the drive back from the ski slopes, so this one is a staple in my coat closet.

CEP Compression Socks ($60 at most run/tri/ski/snowboard shops)– My mom always used to get me socks for Christmas.  I probably would have appreciated it a bit more if they were CEP Compression socks.  I’ve always strongly encouraged boarders/skiiers to wear the appropriate socks for their boots when they hit the hills.  As a runner though I wasn’t a convert to compression until recently.  I’ve got a couple pairs of CEP running socks and use them for recovery or travelling and don’t go to a race without them. 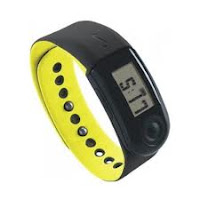 Nike+ Sportband ($69 at most running stores)– This is a very sweet piece of equipment.  Using the Nike+ sensor you put in your shoe, which is basically an accelerometer, this device tracks your time, speed, pace, distance.  The cool thing is that its not GPS based, so you can use them indoors or on the treadmill and its a fraction of the price of a more expensive GPS watch.

Louise Card/ Sunshine Card ($85/$99) at respective websites or local ski/snowboard shop)- Free ski days, and discounts the other day? Yes please.  If you ski or snowboard but not enough to warrant a season pass, these are for you.  They pay for themselves basically after about 2 uses so you can’t go wrong.  Plus with direct to lift you can skip the ridiculous lines at the ski hills when you get there.


Rudy Project Sun Glasses ($150-$300 at www.e-rudy.com)– There’s shades for the sun, and there’s shades for the snow.  Heading into winter now a lot of people generally wear the same sunglasses that they use in the summer.  Even if they’re sport glasses though its important to realize there are different lenses for different lighting.  There are plenty of times I’ve been outside where I needed shades to deal with blowing snow, or glare from the ground, but my dark Oakley shades made it difficult to judge contrast.  This impairs depth perception and results in things like skiing off cliffs… okay thats never happened, but who doesn’t want a new pair of shades.

Olympus TG-610 ($249 at Bestbuy)– If you’ve got an athlete in your life, or are one yourself, you know that the need for a camera 15 feet below water is pretty likely, and that when its freezing cold outside is precisely when you’ll want that perfect shot, and after you’re done all this you’ll just drop you camera on the pavement.  Well with this cool little camera has got it all. Another feature I like is its “tap control” which allows you to tap the camera from different sides to control operation, ideal for underwater use or when you’re on the hills wearing ski gloves. 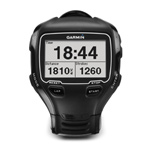 Garmin Forerunner 910xt ($390 at outdoor stores and bike shops this December)- Yeah so this is awesome. Bear with me while I have a geek-gasm here. The Garmin 910xt takes your standard GPS watch functionality and adds ANT+ compatibility to read power from devices like a CycleOps Powertap, Quarq, or the upcoming Garmin Vector.  Beyond that, it offers extensive swimming metrics such as distance, stroke count, stroke type, and efficiency. Whats cool about that is that its accelerometer based, not GPS based, so you can actually use it in a pool.  Its a bit expensive, but its the last computer your triathlete friend will ever need.

CycleOps Fluid2 Trainer ($389+ online and at your local bike shop)– Its winter, and if you’re SO has a sweet road bike, and no trainer, then the CyclOps Fluid2 trainer is exactly what you should buy him/her.  Secure your bike to the trainer with the straightforward latch system of the Fluid2, get on your bike, put on a movie, and you’re ready to go.  I prefer fluid trainers to magnetic and wind trainers since they’re comparatively quiet, and you can put down a lot more power and still have realistic road feel.  If you’re buying one for a petite lady friend who rarely puts out over 250 watts, the Magneto or Mag+ isn’t a bad bet either, and its a bit cheaper at the mid-$200’s.

Playstation 3 Uncharter 3 Bundle ($299 at Futureshop)– Yeah thats right. I just added a video game console to the Athlete’s Gift Guide.  They’re athletes, the goal during the off season should be to get them OFF the trainer and ON the couch.  Hot games this season include; Batman Arkham City, Assassin’s Creed   Revelations, Call of Duty Modern Warfare 3, Battlefield 3, and Uncharted 3.  You won’t thank me later.

Dream On (You’re not going to get this)

Specialized Venge ($8000 for the frame)– What does a bike frame that costs as much as a Kia look like? It looks like this.  The Specialized Venge is the brainchild of bike manufacturer Specialized, and Formula 1 race team Mclaren.  Let me say that again, the Venge literally is the baby of a wicked fast bicycle, the S-Works Venge, and a McLaren Formula 1 car.  Differences in how the carbon is cut, and how the frame is molded mean the bike is lighter, stiffer, and more aerodynamic than every other bike on the road.

Well thats all for now folks.  Maybe if the mood strikes me I’ll write up another gift guide before the holiday season really gets into swing.  I’ll keep you posted (pun).