Getting to the Olympics: Part I

Getting set for the Olympics starts a couple years out.  Here are some pointers on deciding to go to the games, and what to do way in advance.

When the IOC announced that Vancouver would be the host city for the 2010 Winter Olympics Shirley and I were basically 100% set on getting there.  While I wish I could have gone as an athlete, my hockey career had yet to really take off (though I now have 3 goals to my name in Div 13 Adult Hockey), and the sun had set on my ski career many years prior (I peaked around the age of 7 or 8).  So our only option was to go as spectators.

One thing that I’ve noticed over the past couple of trips to the games, particularly after Vancouver, is that the Olympics seem to be a bucket list item for a lot of people.  At the very least I’ll tell someone that I went to the games and I’ll get a response starting with either “yeah I really wish I had gone…” or “I really want to go…”.

Well getting to the games as a spectator really isn’t that hard, and not nearly as expensive as one may surmise it to be.  You  really just have to decide that you want to go, and then sort it all out from there.  So here I’ll detail a couple of the things that you’ll want to keep in mind if Brazil 2016 or Korea 2018 is on your bucket list.  In my experience this also applies to other large scale events like Euro Cup and World Cup.

Yeah, really.  The planning has to be in the works at least about two years in advance.  The biggest thing this far out is actually just figuring out what your important dates are for the games and getting on all the mailing lists that you need to be on.

The two mailing lists that you need to be on if you’re in Canada, the US, Australia, or Europe are the mailing list for whatever games you’re planning on attending, and the CoSport mailing list.  I’ll talk a bit more about CoSport later, but it’s the authorized ticket reseller/distributor for most of the English speaking world.

Every set of games is different but typically tickets start going on sale about 12-18 months before the games.  From what I’ve seen, residents of the countries playing host to the games will typically have first crack at the tickets via a lottery system.  Because they get first dibs, their ticket sales will often begin a couple months before everyone else.  The biggest thing that I’ll stress right here is that you really don’t want to let an important date pass you by.

Just to make things easy, here’s a link to the newsletter signup for the 2016 games in Brazil.

So, you got the newsletter from either CoSport or the Organizing Committee (OC) that tickets are going on sale next month, or next week, or whatever.  What’s important now is figuring out exactly what events you want to go to, and in what priority order.

If you’re getting tickets through a lottery system you simply have to play the numbers.  When we chose our tickets for Vancouver in the lottery we applied/entered for about $6000 worth of tickets including; Long Track Speed Skating, Bobsled, Womens Hockey prelims through finals, Men’s Hockey prelims through finals, Figure Skating, Short Track Speed Skating, and some medal ceremonies.  We ended up with women’s bobsled, a couple womens hockey games, short track speed skating, and a men’s hockey game.  If we could go back, we probably would have entered for more, but we also didn’t want to risk having to pay for $6000 worth of Olympic tickets.  So it’s a bit of a tradeoff.

If you’re getting tickets through an online, first come first serve process, it can be a bit more hectic.  Just like tickets to Justin Beaver or Molly Cyrus (21 Jump Street / Ice Cube reference there), when all the tickets go on sale at the same time, it can be pretty crazy and you very well could miss out on something you really want to see unless you’re completely on the ball.

For Sochi, we’re going with a group of about 14 people.  This meant we needed 14 long track speed skating tickets, and men’s hockey tickets about a half dozen at a time.  Recognizing that there are often ticket maximums per person, this meant we set up a conference call line, closed our office doors, and got on a half dozen different computers to start frantically buying tickets at 9am on some random February 2013 morning.

On a sidebar note.  In order to get 14 men’s long track speed skating tickets, which are a fairly high demand set of stubs, we needed to call in the expert help of our expat friend Caroline Cosgrove living in Australia to get a couple tickets for us.  Since each country has a set number of ticket allocations, and some countries are more interested in the Winter Olympics than others, this could be a clever little workaround if you have friends in far off lands that can help you get high demand tickets.  Thanks Cosgrove!

Here are some important little tips for the ticket buying process;

In the sequel to this blog I’ll be talking a bit more about what to do when you get closer to the games.  How to prepare for the events, what to bring, country houses to visit, and I’ll share a fun little story about our experiences getting our Russian visas. 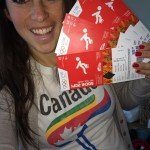 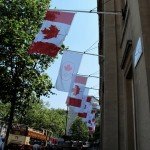 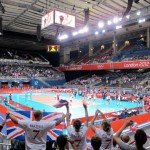 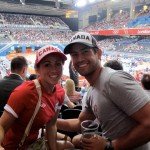 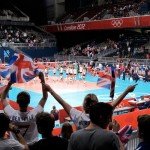