Fatbiking in Canmore, Alberta on the High Rockies Trail

Join me riding in western Canada with Wander Adventure Co., and adventure retreat company creating experiences such as this one for riders and adventurers of all skill levels.  Scroll down to see the feature photos. 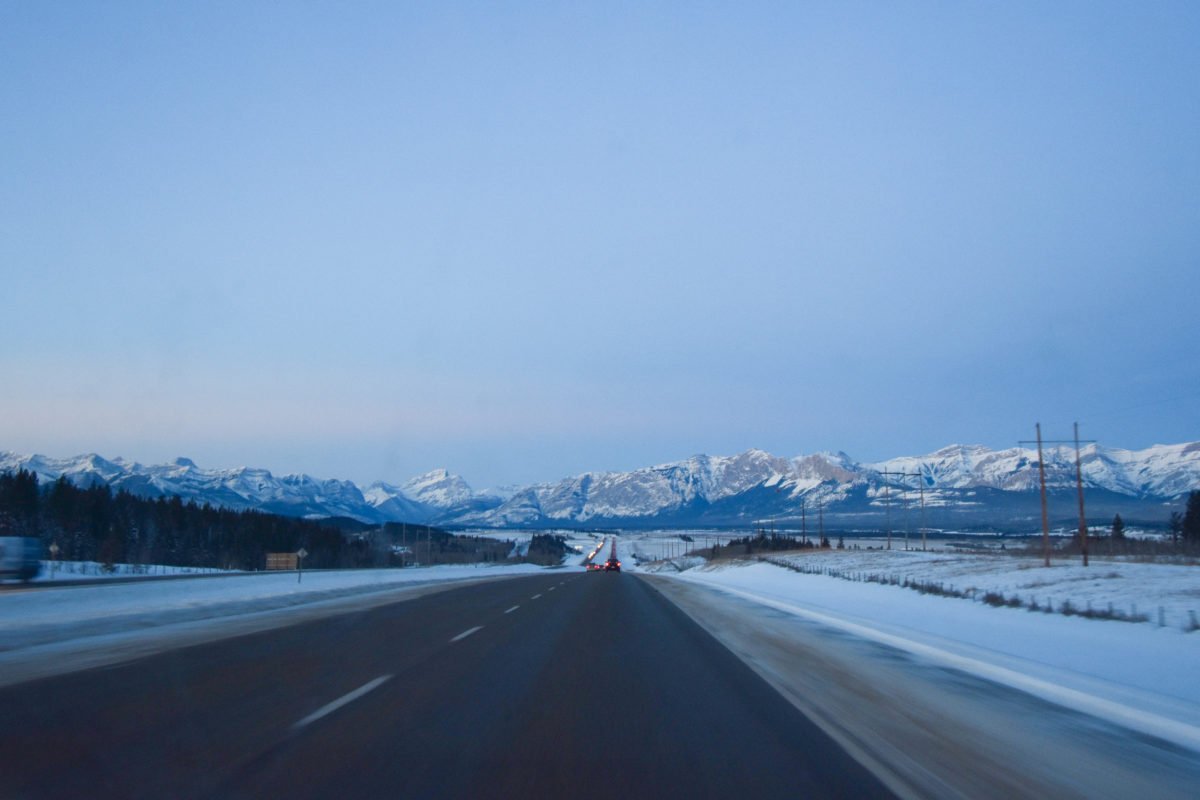 On January 1, 2018 we packed two Trek Farley 5’s into the back of an SUV and set out for the High Rockies Trail, located a 20 minute drive south of Canmore, Alberta.

It was just before dawn that we set out from Calgary, a short one hour drive from the mountain town of Canmore.  As a skier my entire life, I wasn’t unaccustomed to early mornings.  My family’s belief growing up was that to get the most of the day on the ski hill, we had to be on the road by 7:00am.  As such, even as I’ve grew older I’ve maintained that if we aren’t out of the city by 8:00am, the day is a complete bust.  This day was no different, we had to be on the road well before first light.

City dwellers, road cyclists, and runners like me have an affinity for pavement.  Point A to point B is simply the path of least resistance.  The route we take is dictated by Google Maps as the stretch of asphalt thats currently the least congested.  The best surprise you’ll get on your route through the city is an off ramp that isn’t backed up. 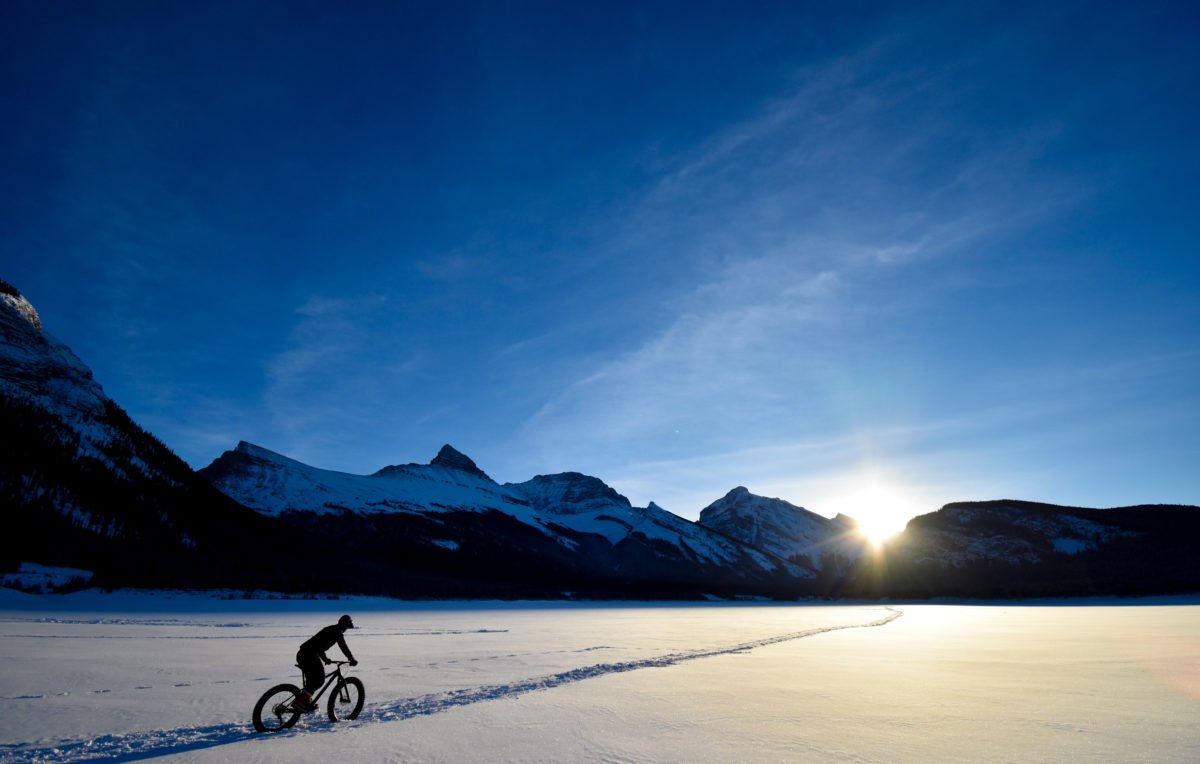 So there’s something liberating about mountain biking.  Sure there’s usually still a trail, but its a trail commissioned by adventurers, maintained by grit, and laden with dirt.  On the mountain bike, while the city bustles at 8am on a weekday, you can be the only one for miles and miles on the trail.  Set out on that same trail in the winter, and suddenly you’re in a world like no other.  A world reserved for those wandering souls that yearn for something away from the ordinary.

Just 90 minutes from Calgary, something spectacular awaits riders.  The High Rockies Trail is an 82km mountain bike trail that extends from the Goat Creek parking lot and Trailhead, and continues south all the way to the Peter Lougheed Provincial Park here in Alberta.  Its continuous single and doubletrack trail thats accommodating to new riders in the summertime.  Rookie riders will find the lack of overly technical terrain welcoming, and seasoned adventurers will be won over by the jaw dropped splendour and expansive views.

We kept driving about 10 minutes past the beginning of the trail to reach the Spray Lakes Reservoir.  Frozen over in the winter time, sub zero temperatures make the ice thick and safe enough to be passable three to five months of the year.  From there we’d ride across the lake and hook back up with the High Rockies Trail.

The sun was just beginning to climb up towards the mountain line and we could see daylight warming the peaks of the snowy Rocky mountains.  But with the air temperature hovering just above -20C we were taken aback by just how quickly our hands got cold.  Pat wanted to hustle back to the car to warm up until we had a little more sunlight but I could see a ray of light moving across the frozen lake.  I grabbed my Nikon and insisted we stay out. 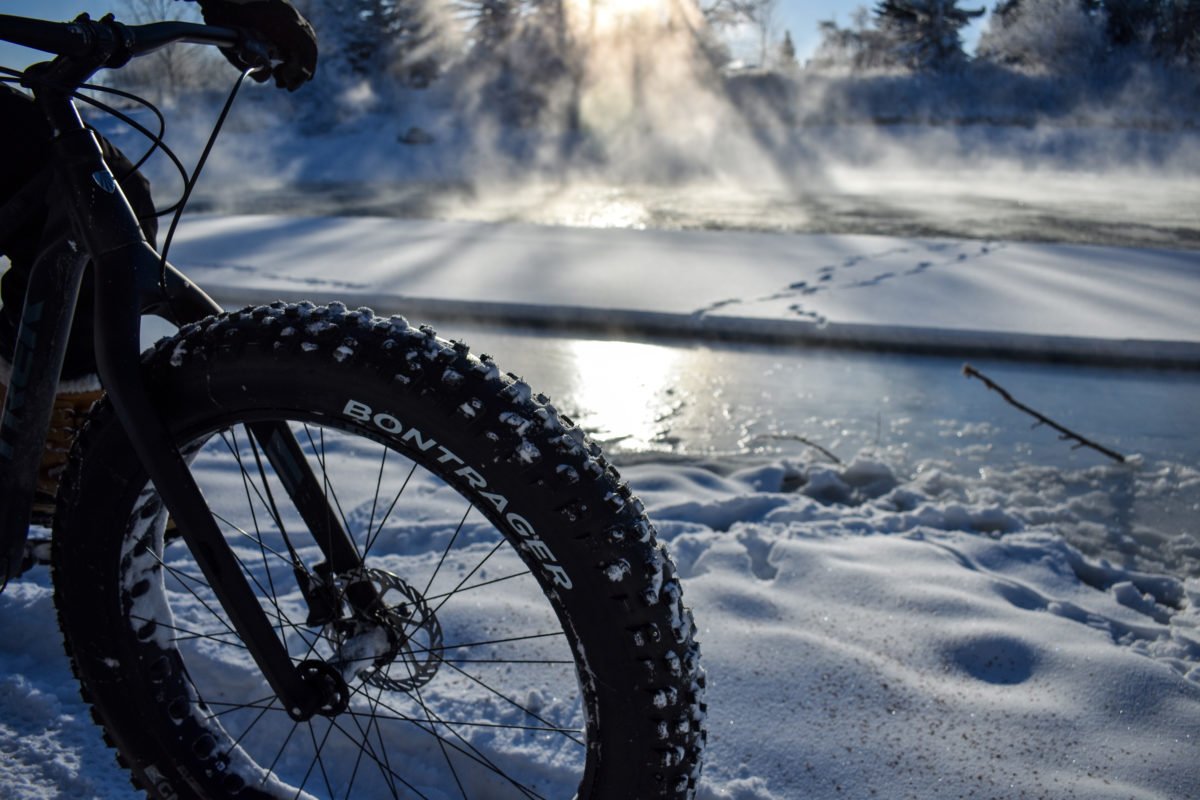 There’s something like 50 Eskimo words for snow.  I’m not sure which of those words to snow that are perfect for fatbiking, but I can’t imagine that more than half of those types of snow are fatbike friendly snow.

I’d liken fatbiking to surfing.  There’s a window for the perfect conditions.  Too little surf, and too little snow, and you end up with a mixed bag of a day with a hit and miss experience.  Too choppy surf, and too sugary or powdery snow, and your skill and fitness level may not be up to task with the type of riding required.  So like with surfing, you need to know where to go on which day.  Riding with a local guide that knows the mountains, and knows the trails, is your ticket to a great experience.

Up into the trees on High Rockies that day wasn’t working out for us.  The deep unpacked snow that was being ridden for the first time in 2018 rendered out 4.5 inch Bontrager tires ineffective on that section of trail.  After hiking the bikes up a couple hundred meters looking for a bit of reprieve, we descended back towards the reservoir and the cars.

After turning north and riding some we eventually got to the type of snowpack we were looking for.  Tracks left by snowshoers and cross country skiers had yielded the perfect snowpack for fatbiking.  As the sun lent its warmth to the day, the experience went from delicate and slow, to dynamic and fast.  We were still making time to get off the bikes and take photos, but the focus had shifted to experiencing the ride and the day. 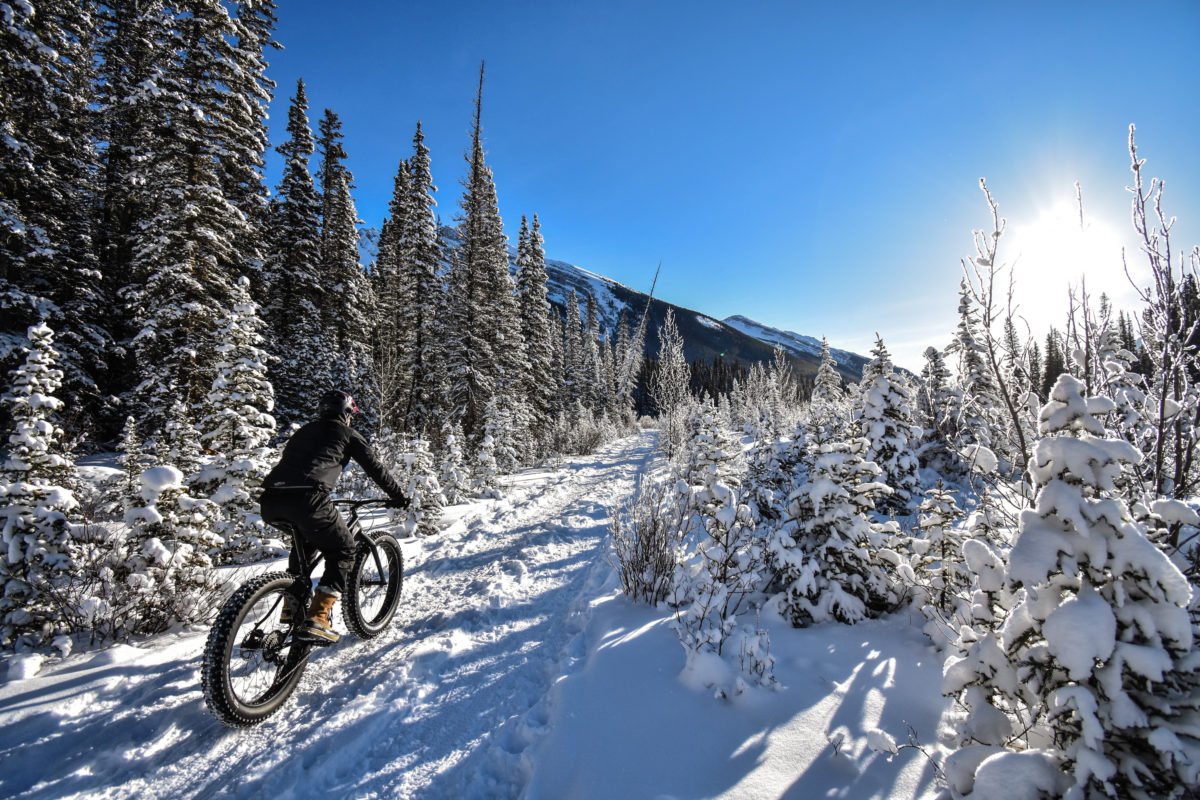 Two hours of riding across the High Rockies Trail just 90 minutes from Calgary and we only saw one other person.  An ice fisherman setting out early with his camera and gear to spend the first day of his 2018 in the mountains.

I tried to capture the entire ride in photos and as spectacular as the shots are, they don’t do the setting half the justice it deserves.  While Pat and I were riding we had a conversation about riding in the Rockies versus riding in the Alps, or any place else.  Geographically, the Rocky Mountains are one of the youngest mountain ranges in the world.  And while the Alps have been settled for hundreds, if not thousands of years, the earliest westerners to venture through the Rockies did so only in the past two centuries.  The only whispers of civilization in the Rockies left by First Nations peoples who are as much a part of the settings as the mountains themselves.

So there’s something special about that place in our own backyard.